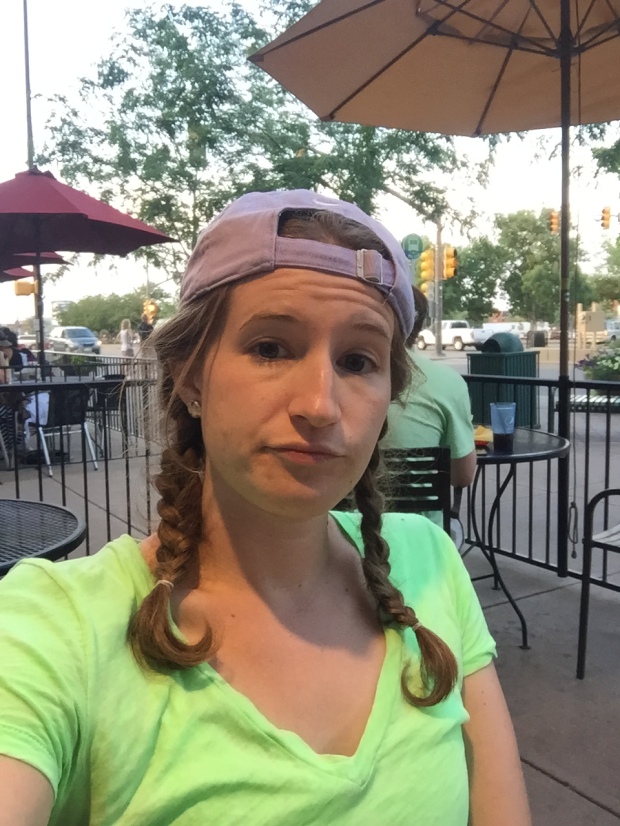 My original goal for this post was to write out the story of what happened with our current roommate situation. Remember how we abruptly had to move out of our {7-week} Colorado abode? We thought we were in the clear, with a wonderful housing situation. It went great for about a week, and then one of our roommates shook things up again. Because of how many times I’ve told this story already, and how many details are involved, and for my own sanity’s sake, I’m not going to write out the full story here. Ask me (beg me) in person to tell you the whole thing sometime if you’re interested. But here’s what’s been going down lately. {Spoiler: things are calm, and good now! Thank. Goodness.}

Our third roommate, a guy who lived in one of the basement rooms in our four-bedroom house, came upstairs one day and told Whit he had found a moldy slipper under his bed. There are a lot more [humorous] details I could share, but suffice to say in the span of a couple of days he seemed to think that everything in the vicinity of the house was moldy. There was a lot of bleach involved, as was a new set of clothing from Walmart.

At first we were worried about the mold, then realized it probably wasn’t as bad as he was making it out to sound, then we were worried about his sanity. One day our other [sane] roommate saw him falling asleep walking in circles, found out he hadn’t slept in a few days, and told him to go to bed immediately. At this point roommate B (for basement) was living out of our living room, occasionally sleeping on the chair, primarily bleaching his “moldy” possessions. It was a little weird at this point, and starting to get out of control.

Very shortly after some events occurred that led us to ask our landlord to gently kick him out of the home, for our safety’s sake and peace of mind. He veeeeeeeeeeeeery slowly moved out, over the course of a week (!!!). He had a few things he would move out each day, and in the meantime would sleep on the chair in the living room. There was one night I really didn’t feel safe (oh, I forgot to say that heavy drug use was involved), so I stayed in the dorms with a friend (R. B. was out of the house that night so Whit was fine at home, I just didn’t want to be there). The next night our landlord let us both stay at her house.

Finally he left and we got the locks on the doors changed! But it was a two-week ordeal from beginning to end, and it was exhausting. Hence why I haven’t had the energy or time to blog much about my time in Colorado. We have gone on some amazing hikes, and eaten at delicious local restaurants, and had a few good moments with friends. Work was crazy and stressful too, until this past week. I am so thankful that everything has calmed down for the time being, and am praying that nothing else crazy happens anytime soon!! I’m so excited for the staff conference to start (one week from tomorrow!) so we can spend good time worshipping, having our hearts challenged, talking to people, and getting our minds on God and the big picture.

Talk to you next week, friends! (aka tomorrow)

3 thoughts on “If You Give a Guy a Slipper…”